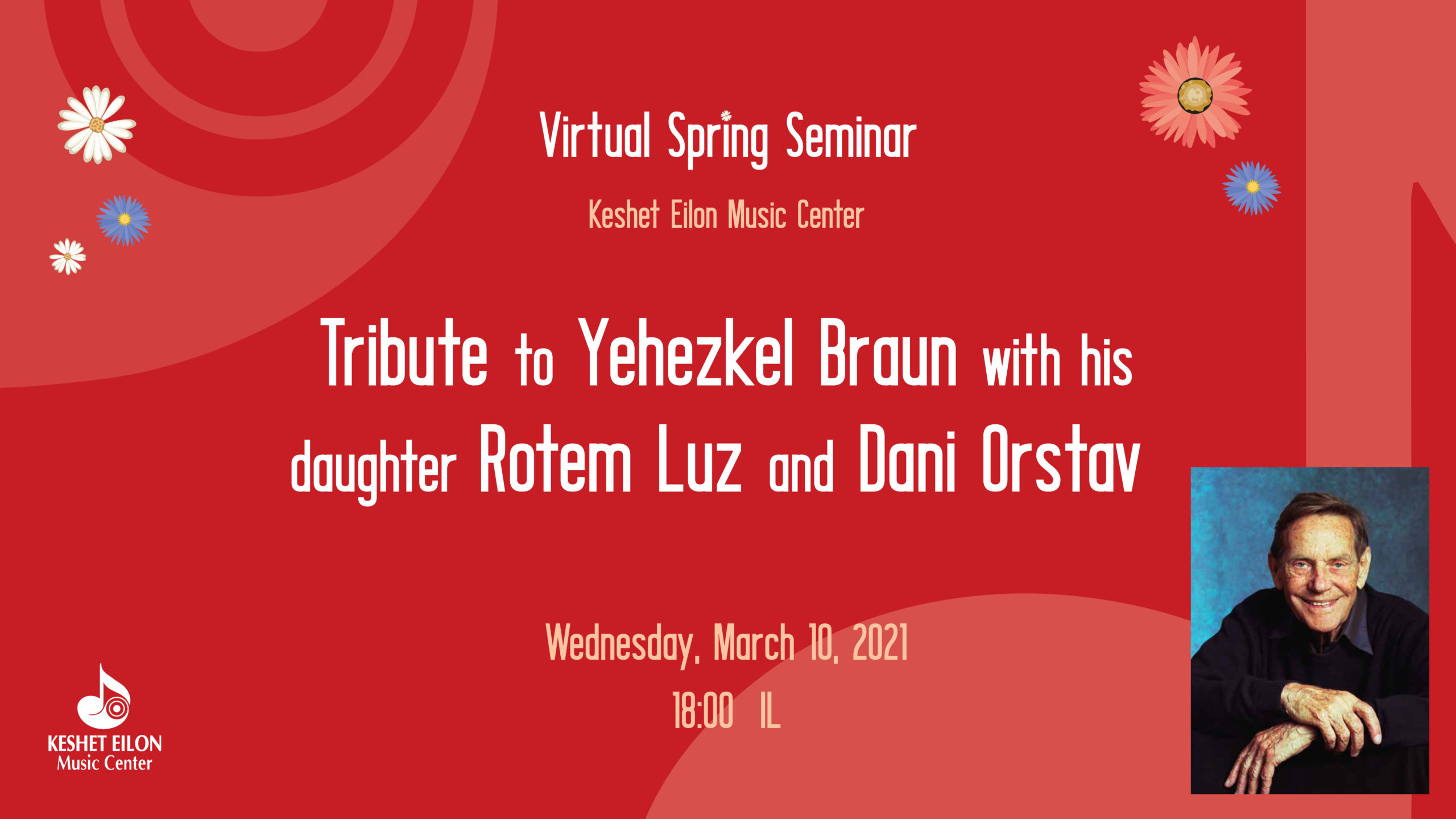 The event will be streamed via Zoom. To join the event kindly press here. 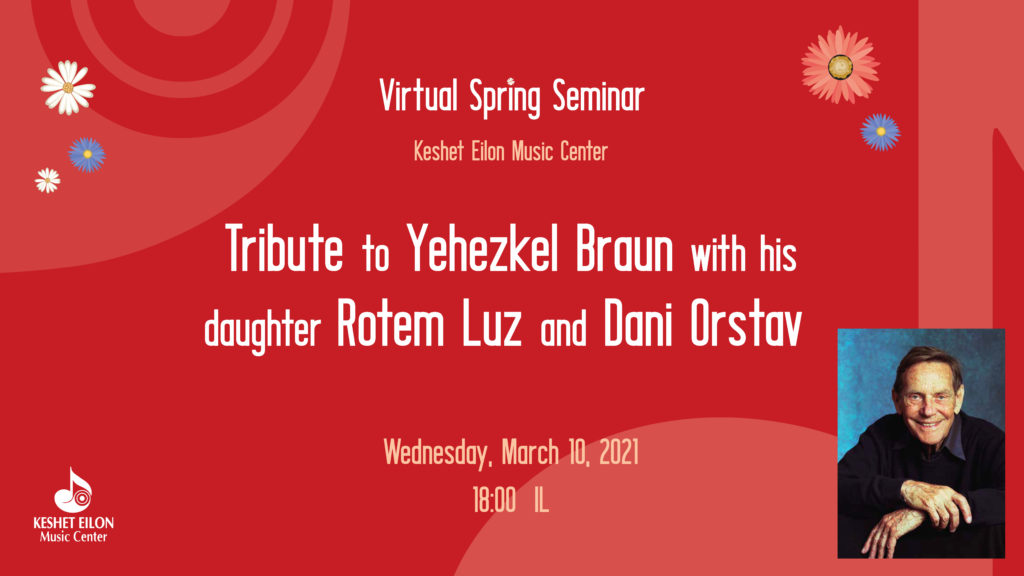 In keeping with the Keshet Eilon tradition at seminars for Israeli students, we will dedicate a special event in memory of the late Israel Prize winner Yehezkel Braun (1922-2014). His daughter Rotem Luz will honor us with her presence, together with Dani Orstav of Kan – the Voice of Music, Israel.

One-on-one interview – Dani Orstav, of Kan – the Voice of Music, Israel, interviews Rotem Luz, Yehezkel Braun’s daughter, a musician in her own right.

Screening of a film – about the life and work of Yehezkel Braun from the “Zlilim Kahol-Lavan” series, dedicated to composers winners of the Israel Prize, filmed by Dani Orstav and Natan Lifshitz and produced by the Israeli Ministry of Culture and Sports.