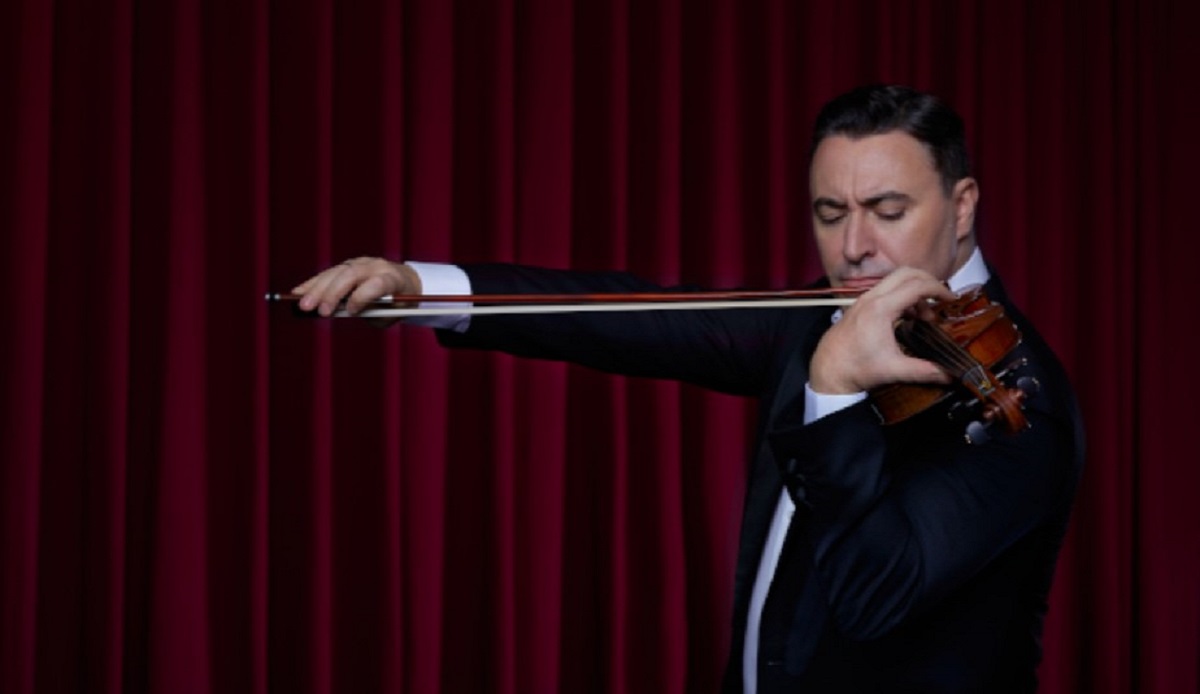 Watch a masterclass with Maxim Vengerov (Violin) and two students of the 2020 Mastercourse. 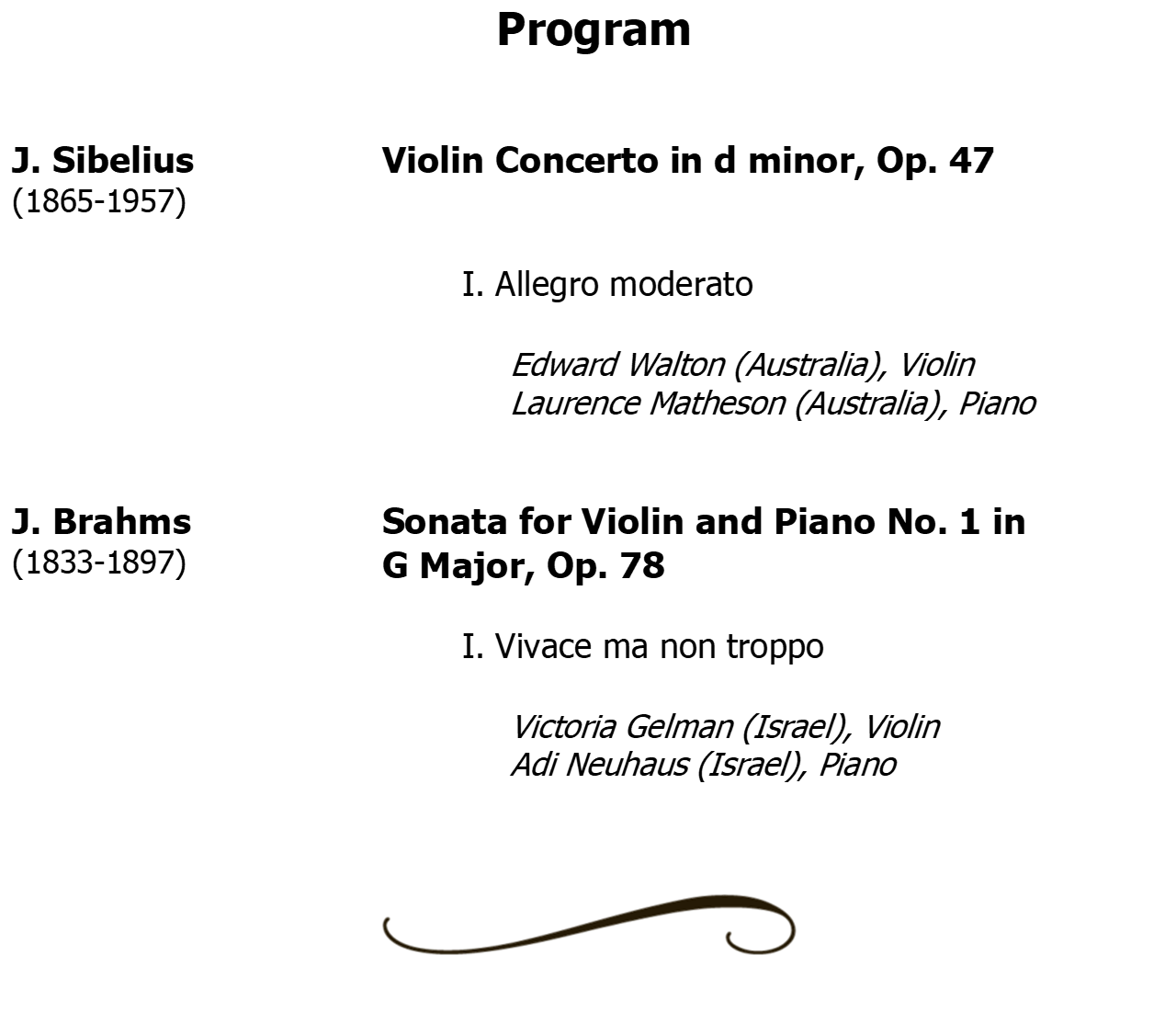 Universally hailed as one of the world’s finest musicians, and often referred to as the greatest living string player in the world today, Grammy award winner Maxim Vengerov also enjoys international acclaim as a conductor and is one of the most in-demand soloists. Born in 1974, he began his career as a solo violinist at the age of 5, won the Wieniawski and Carl Flesch international competitions at ages 10 and 15 respectively, studied with Galina Tourchaninova and Zakhar Bron, made his first recording at the age of 10, and went on to record extensively for high-profile labels including Melodia, Teldec, and EMI, earning among others, Grammy and Gramophone artist of the year awards. Tireless in his search for new means of creative expression, Maxim Vengerov has let himself be inspired by many different styles of music, including baroque, jazz and rock and in 2007 followed in the footsteps of his mentors, the late Mstislav Rostropovich and Daniel Barenboim and turned his attention to conducting. Mr. Vengerov has since conducted major orchestras around the world including the Montreal and Toronto Symphony Orchestras, and in 2010 was appointed the first chief conductor of the Gstaad Festival Orchestra. He went on to further his studies with Yuri Simonov, an exponent of the Russian-German conducting school and graduated as a conductor with a diploma of excellence from the Moscow Institute of Ippolitov-Ivanov in June 2014. He has since graduated from a further 2-year program of opera conducting.

In the last few seasons, Maxim Vengerov has performed as a soloist and/or conductor with all major orchestras, including the New York Philharmonic, Berlin Philharmonic, London Symphony Orchestra, BBC Symphony Orchestra, Mariinsky Theatre Orchestra, Chicago, Montreal and Toronto Symphony Orchestras and toured extensively around the world in Recital. In the 2016/17 season, Mr. Vengerov returned to Australia to open the season of the Sydney Symphony Orchestra. Further guest conducting engagements included the RTE Orchestra Dublin, Munich Philharmonic, and Melbourne Symphony Orchestras. In 17/18 Mr. Vengerov returned to Carnegie Hall with the Montreal Symphony Orchestra and premiered a new concerto at the Beijing Music Festival written by the renowned composer Qigang Chen, which was recorded and now released on Deutsche Gramophone. He also conducted the Orchestre National de France and toured Europe, China, and the US in recital. Highlights of 18/19 saw Mr. Vengerov opening the season of the Orchestra Filarmonica Della Scala with Maestro Chailly, a Residence with Monte Carlo Philharmonic and the Philharmonie in Paris. In January of this year, Maxim Vengerov became Classic FM’s first solo Artist in Residence, appointed for 2020, and he joined IDAGIO, the worlds leading classical music streaming service to become their Ambassador and to exclusively release his newest recordings. The first album is now available to IDAGIO listeners worldwide, featuring a new recording of Tchaikovsky’s Violin Concerto with conductor Myung-Whun Chung and the Orchestre Philharmonique de Radio France, coupled with works by Saint-Säens and Ravel. A second release, featuring a live recital from Carnegie Hall is now also available. Further recordings will follow to coincide with Maxim Vengerov’s celebration of 40 years on stage at the Royal Albert Hall, originally planned for June 12, but now rescheduled to April 20, 2021. He will be joined by his colleagues Misha Maiski, Martha Argerich, the Oxford Philharmonic with its Music Director Marios Papadopoulos and students from the Royal College of Music London. As one of Mr. Vengerov’s greatest passions is the teaching and encouraging of young talent, he has held various teaching positions around the world. He currently holds the Stephan and Viktoria Schmidheiny Stiftungsprofessur at the Mozarteum University Salzburg and since September 2016 he is also the Polonsky Visiting Professor of Violin at the Royal College of Music in London – the UK’s leading conservatoire. Furthermore, in keeping with his belief that competitions are a platform to launch young artists’ international careers, Mr Vengerov has served on numerous juries including the Donatella Flick conducting competition, the Menuhin Violin Competition and in May 2013 conducted the finals during the Montreal International Violin Competition. Owing to his success as chairman of the prestigious Wieniawski Violin Competition in 2011, where he auditioned live over 200 musicians in nine world capitals, Mr. Vengerov was unprecedentedly re-elected to return as chairman in 2016. In 1997 Mr. Vengerov became the first classical musician to be appointed International Goodwill Ambassador by UNICEF, which has enabled him to continue to inspire children worldwide through music. In this role, he has performed for disadvantaged children and communities in Uganda, Thailand, the Balkans and Turkey, whilst helping to raise funds for many UNICEF-assisted programs. He is also a patron of the MIAGI project in South Africa, which connects children of different ethnic backgrounds through music. Mr. Vengerov has been profiled in a series of documentaries, including Playing by Heart, which was recorded by Channel Four Television and screened at the Cannes Television Festival in 1999, and Living the Dream, which was released worldwide and received the Gramophone Award for Best Documentary in 2008. Mr. Vengerov has received prestigious fellowships and honors from a number of institutions, including the Royal Academy of Music and orders of merit from both Romania and Germany’s Saarland. In 2012 he was awarded an Honorary Visiting Fellowship at Trinity College Oxford and in 2019 he received an Honorary Doctorate from the Royal College of Music London and the Order of Cultural Merit from the Palace Monte Carlo. Mr. Vengerov has also received numerous awards including Grammy Award for Best Instrumental Soloist Performance (with Orchestra) (2003), two Gramophone awards (1994, 1995), a Classical Brit Award (2004), five Edison Classical Music Awards (1995, 1996, 1998, 2003, 2004), two ECHO awards (1997, 2003) and a World Economic Forum Crystal award (2007) – honoring artists who have used their art to improve the state of the world. Mr Vengerov plays the ex-Kreutzer Stradivari (1727). 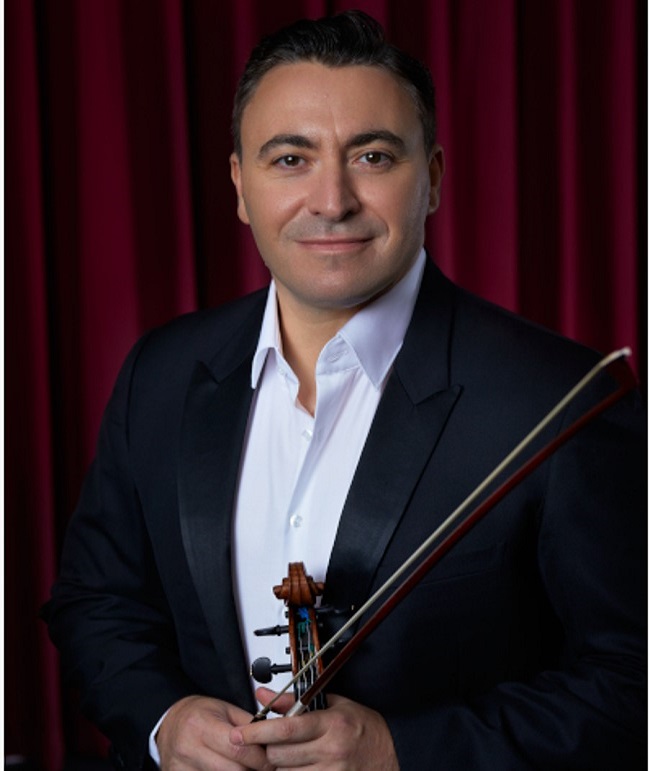 Edward Walton, studies with Dr. Robin Wilson, Head of Violin at the Australian National Academy of Music. Edward has appeared as a soloist with numerous orchestras internationally and has given recitals throughout Europe. In 2019 Edward was the first prize winner in several international competitions; the Il Piccolo Violino Magico Competition in Italy, where he was also awarded the audience prize, the Medallion International Concerto Competition in the USA, the London Grand Prize Virtuoso Competition and the Jeunes Artistes Musicales du Centre in France. Edward is playing on a Gennaro Gagliano violin kindly loaned to him by a generous sponsor through the Beare’s International Violin Society. 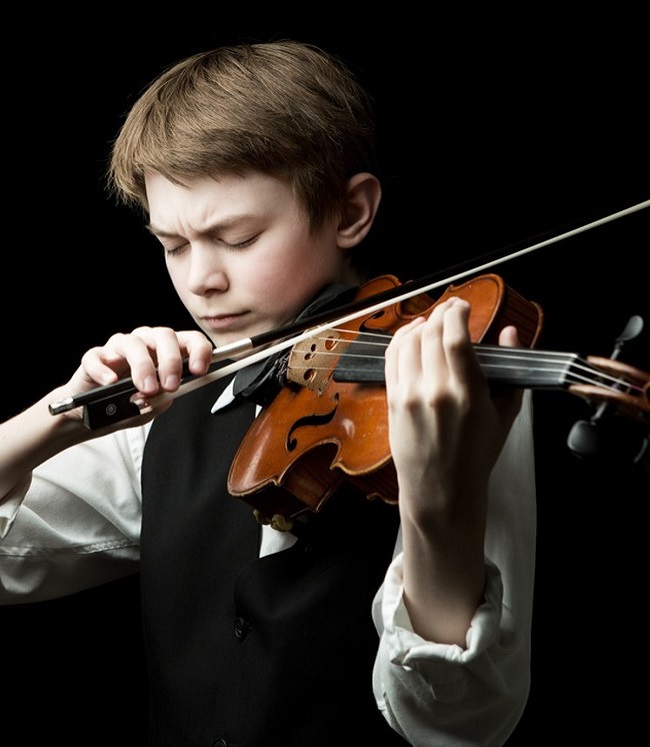 Victoria Gelman born in Tiberias, Israel, began studying the violin at age of 5. Among her teachers were prof. Irina Etigon, Mila Feldman and Haim Taub. She Finished her bachelor with prof. Hagai Shaham at Buchman-Mehta School of Music in Tel-Aviv. Currently studies Masters degree with prof. Mark Gothoni in Berlin and also COP in Vienna with Julian Rachlin. Victoria took the III prize of the international contest for young musicians in Lithuania in 2004, First Prize in “Maestro” Israel National Competition for Young Musicians in 2008\2013, also received 2nd place in the Tel AvivAcademy solo competition 2015 and 1st prize in the Clairmont competition in 2018. In 2019 she Won a prize in the Ibolyka-Gyarfs-Stiftung competition in Berlin. Victoria is supported by the America-Israel cultural foundation since2005 and playing on a french Violin and Bow donated by ”Wizo”. 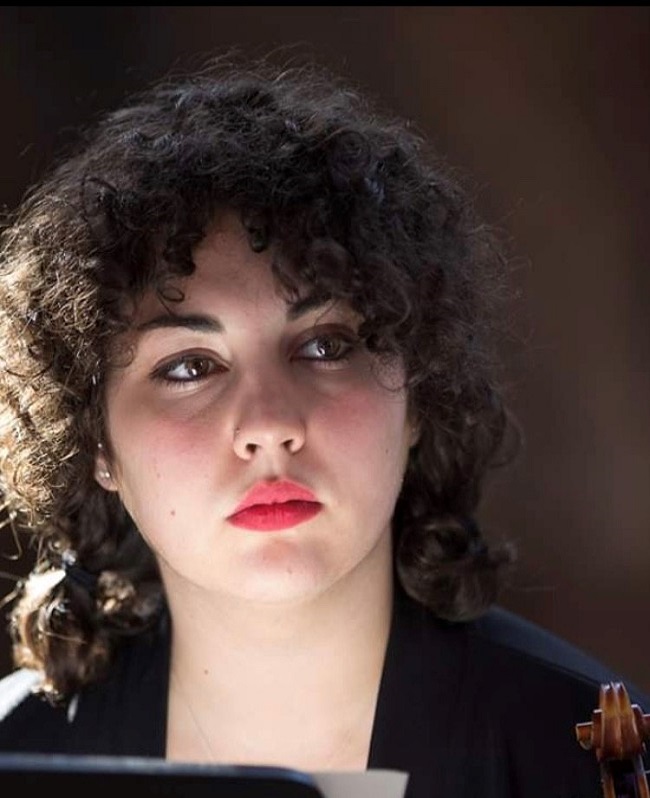