Paul Coletti began full-time teaching as Professor of Viola and Chamber Music at age 24 at the International Menuhin Music Academy in Gstaad, Switzerland. One year later in 1985 at age 25, he was appointed Head of the Strings at the University of Washington, Seattle, making him the youngest Head of Strings in the world. He has also been an instructor at the Peabody Institute of Johns Hopkins University, Guest Professor at the University of Missouri at Kansas City, and Head of Chamber Music at UCLA.
He is now in his 17th year of teaching at the Colburn School and the national University of Singapore. Coletti has given masterclasses and residencies in North and South America, Australia, Asia, and throughout Europe. Among the locations are the Toho and Geddai Universities in Japan, the Shanghai and Beijing Conservatories, Rice, Brigham Young, Baylor, Toronto, McGill, Indiana and Columbia University, London’s Guildhall School, the Royal Conservatoire of Scotland, Berlin’s Hans Eisler Conservatory, and the Chicago Institute. His students hold teaching positions of prominence worldwide, such as at the Colburn School, Northwestern University, Chicago‘s DePaul University, China Conservatory of Beijing, University of Delaware, University of California at Santa Barbara, and the University of Toronto. 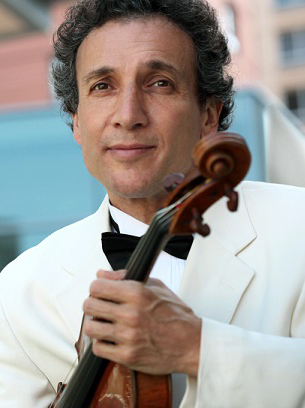