a young British pianist, in demand as a soloist, chamber musician and song accompanist. He has performed at venues and festivals across the UK and Europe both as a solo pianist, and as a chamber musician, including at The Barbican; The Wigmore Hall; The Concertgebouw, Amsterdam; and New Philharmonic Hall, Bratislava. Last year, he was a finalist in the YCAT auditions at Wigmore Hall. This summer he will work with soprano Louise Kemeny under the guidance of Stéphane Degout and Alain Planès as an artist on Aix-en-Provence Festival Academy.  From September, he takes up a two-year residency at the Opéra National de Paris. He has a keen interest in new music, and has recorded several works from the ABRSM volume, Spectrum for Piano Duet Thalia Myers. Edward trained at the Guildhall School of Music and Drama as a postgraduate student and fellow under the guidance of Caroline Palmer. He previously trained under Thalia Myers at both The University of Cambridge, and at Royal College of Music, Junior Department. 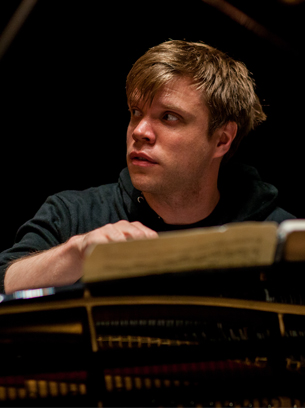