Hillel Zori, an eminent Israeli musician, cellist, composer and conductor, described by the international press to “have his playing linked directly to the Romantic tradition, has internationally distinguished himself as top prizes winner at the Barcelona, Geneva, Saint–Louis Whitaker, Rostropovich and Stradivarius competitions. An awardee of the AICF, he graduated with distinctions from the Tel Aviv Academy with Uzi Wiesel and later studied with Bernard Greenhouse in the USA.
As soloist he was featured with the Israel Philharmonic, the Jerusalem, the Dusseldorf and the Scottish BBC Symphonies to name a few. An avid chamber musician he has performed in numerous international venues such as the Wigmore Hall, the Moscow Dome, the Tel Aviv Museum, the Tanglewood, Marlboro, Jerusalem and Dartington festivals. In January 2008 he was personally selected by Mehta as his soloist at the UN General Assembly in NY.
His Cello Classics CC1030 CD was the BBC’s “January 2014 CD of the Week”. As a most sought after pedagogue he has served as juror for international competitions and presented master classes around the world. A professor and head of strings at the Buchmann-Mehta School of Music, Hillel is a longtime Keshet Eilon Faculty member. 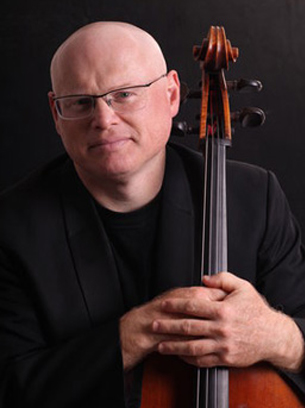