Reflection after the conclusion of the 29th Keshet Eilon Summer Mastercourse

The first day after the conclusion of the summer course is always a day of reflection: on the one hand there is the loosening of tension after three weeks of effortful activity; on the other, one’s thoughts are already turning towards the course that will take place the following year. With the wrapping up of the 29th course, we now look ahead to the next one, which will celebrate 30 years of Keshet Eilon.
The main topic of this year has been the marking of the 300th anniversary of the birth of Leopold Mozart, who will forever be remembered as the father of the greatest musical genius of them all, Wolfgang Amadeus Mozart. However, he has other interesting facets as well. Among them, he was the author of a book about the study of the violin which, 300 years after it was written, is still considered an important book whose worth has not faded with time. An article about the book written by the musical director of Keshet Eilon, Professor Yitzhak Rashkovsky, was printed in the culture and literature supplement of Haaretz on August 9th and is attached here.
Furthermore: not many people know that Wolfgang had a younger sister, Nanerl, who, though also a musical prodigy, was over-shadowed by her brother. Needless to say, her being female did not further her chances of developing a significant musical career.
Making the acquaintance of the figure of Leopold Mozart led, predictably, to the subject of child prodigies, a topic that we explored at Keshet Eilon this year. By definition, our summer course is directed at young people, who, like migrating birds, flock to our shores year after year. This time we welcomed genuine fledglings: 12-year-old Leia Zhu from England and 11-year-old Christian Lee from Australia. Each of them, together with the other participants of the course, enchanted the audience throughout the summer course, and especially at the gala concert on the 7th August which took place, as every year, at the Tel Aviv Opera House.
The gala was attended by a varied audience: music lovers, Friends of Keshet Eilon who support us over the years, as well as new friends whom we have made recently and, of course, people who come simply to enjoy high quality music and make acquaintance with the musicians of the future. The opera house was full to overflowing and after the concert attendees remarked on the convivial atmosphere and the amazing standard of the performance.
While we were naturally thrilled by the compliments and enchanted by the music, it didn’t take long for us to lay aside the laurels and turn our thoughts to the 30th anniversary celebrations which are, literally, around the corner.

The Keshet Eilon Music centre continues to flourish and expand: the number of applicants for our summer course grows from year to year. Our instructors are among the finest in the world, and the graduates of our summer course benefit not only from the outstanding tutelage and the chance to polish their skills, but their participation in concerts also enables them to accrue stage experience. No less important, the students have an enjoyable social experience which includes trips, the pool, the beach and whatever else the summer offers.
We await all our students, alumnae and new, at our 30th anniversary which will be celebrated next year with outstanding programs. Keep your calendars open… 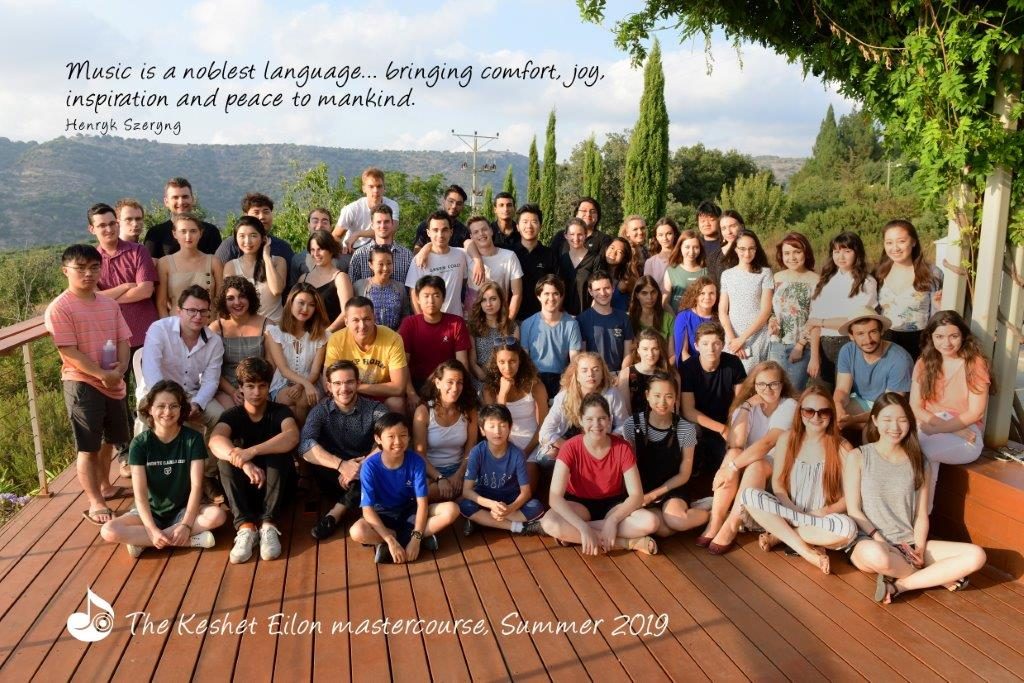