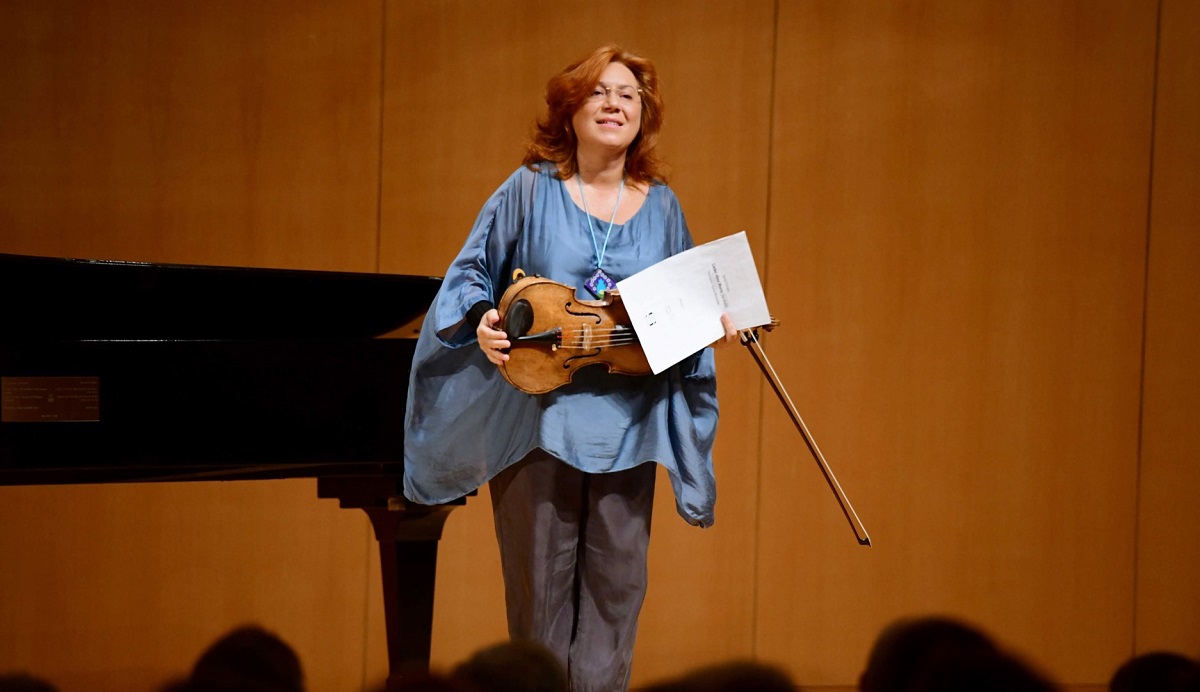 Watch a masterclass with Tatjana Masurenko (Viola) and two students of the 2020 Mastercourse.
The Masterclass was streamed via Zoom. It’s available on YouTube and Facebook. 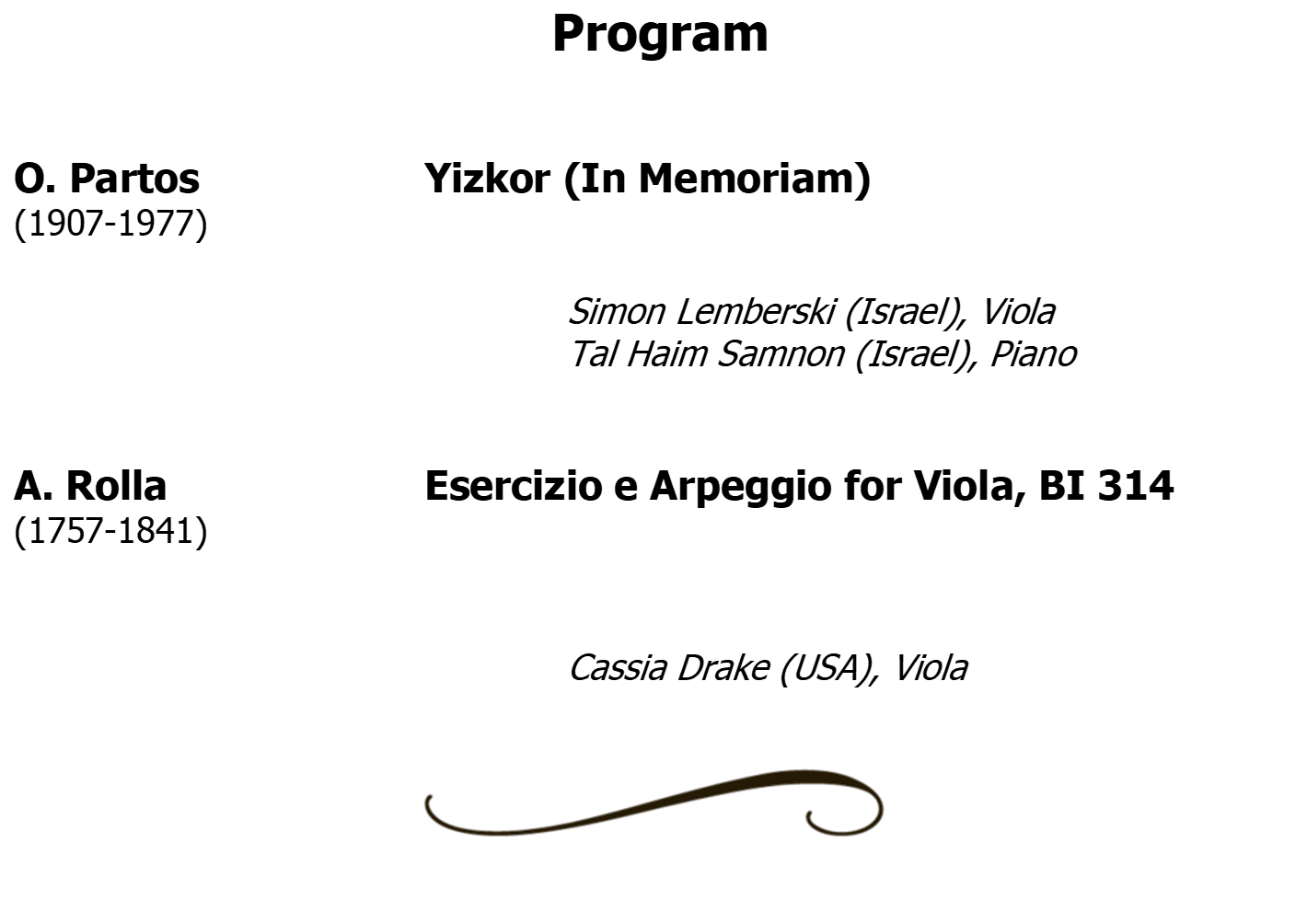 Tatjana Masurenko’s broad concert repertoire includes the viola concertos by Walton, Bartok and Hindemith, as well as modern works by Schnittke, Gubaidulina and Kancheli, and rarely performed concertos by Hartmann and Bartel. She has appeared frequently as a soloist with leading orchestras in Europe and Asia, and at major international festivals. She began music study in St Petersburg, followed by studies in Germany with Kim Kashkashian and Nobuko Imai. Her search for new forms of expression on the viola and new techniques and tonal concepts were encouraged and influenced by encounters with Boris Pergamenschikow, György Kurtág, Brigitte Fassbaender and Herbert Blomstedt, and she worked with composers Dimitri Terzakis, Wolfgang Rihm, Luca Lombardi, Nejat Başeğmezler and the recently deceased Gladys Krenek. Award-winning CD recordings attained the Preis der deutschen Schallplattenkritik, the Supersonic Award (Luxemburg), and the Diapason découverte (France). She was appointed professor of viola at the Hochschule für Musik and the Felix Mendelssohn Bartholdy Theater, Leipzig, in 2001 and the High School of Music in Sion, Switzerland. She gives masterclasses worldwide and is the artistic director of the International Viola Camp in Iznik, Turkey. Tatjana is a Keshet Eilon Faculty member. 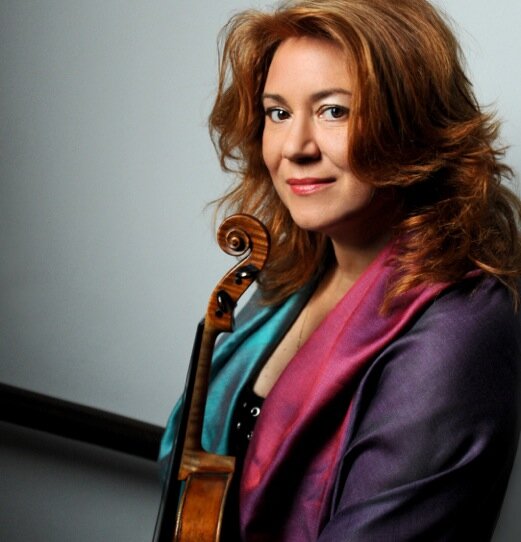 Simon Lemberski started studying the violin and viola, under the instruction of Lev Markus in the Kiryat Bialik Conservatory.
Simon was a member of “The Goldman Program for Young Outstanding Musicians” of the Jerusalem Music Center and served in the IDF as an Outstanding Musician. Last February Simon played a Solo recital in the Jerusalem Music Centre in their series “Young Musicians in the Center”. Simon played in Masterclasses with world-renowned teachers such as Tatjana Masurenko, Hartmut Rohde, Krzystof Chorzelski, Miriam Fried, Francoise Gneri, Lawrence Power and Yizhak Schotten. Simon is an alumnus of the Keshet Eilon Mastercourse and participated in Carl Flasch Akademie (Baden – Baden).
Since 2015 he studies viola with Dr. Lilach Levanon and is finishing his studies towards B.Mus degree at The Buchmann – Mehta School of Music (TAU) 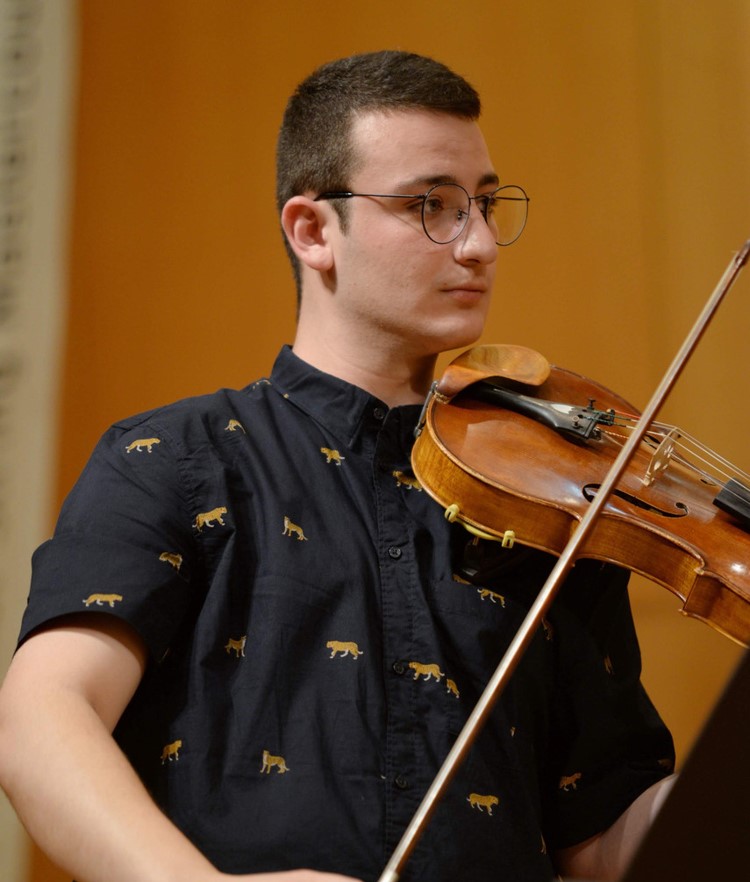 Cassia Drake, a native of Southwest Florida, began studying the viola at age 12 under the guidance of John T. Posadas. She gave her solo debut with the Artis-Naples Orchestra at age 14 and has since appeared with the Sarasota Music Festival Orchestra and Southwest Florida Symphony. She most recently soloed with the Colburn Orchestra and will premiere Kelly-Marie Murphy’s, The Fierce Urgency of the Now, in the summer of 2020. A passionate chamber musician, Ms. Drake has performed with the Colburn Chamber Music Society, Mainly Mozart Festival, and collaborated with artists such as Ettore Causa, Clive Greensmith, and Elisso Virsaladze. Ms. Drake is a Bachelor of Music candidate at the Colburn Conservatory. 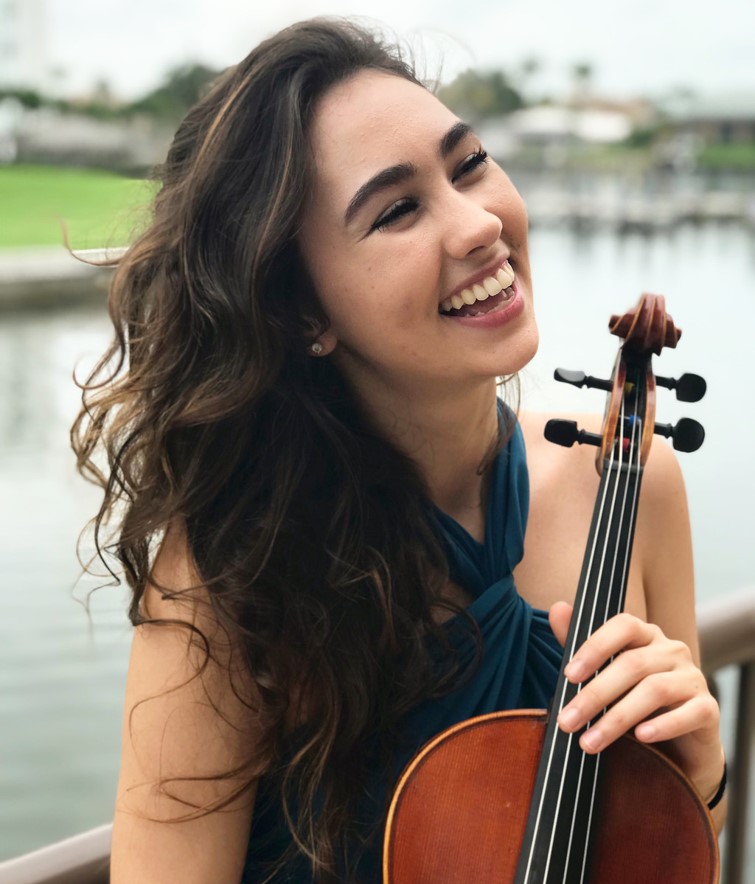