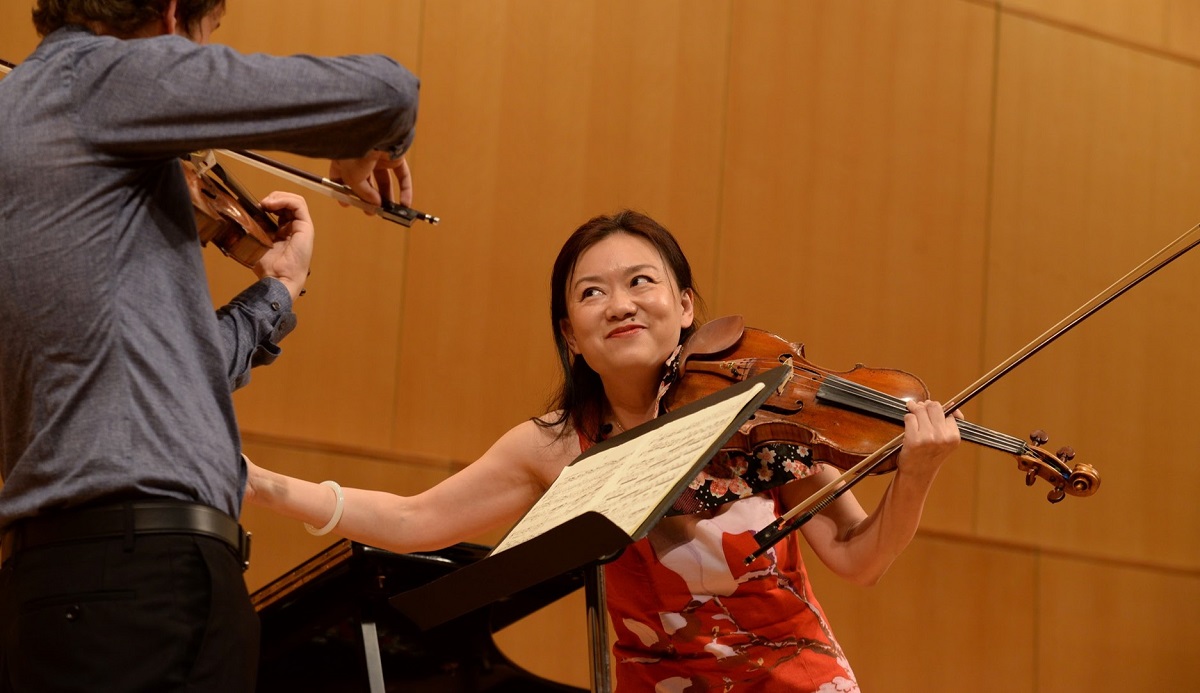 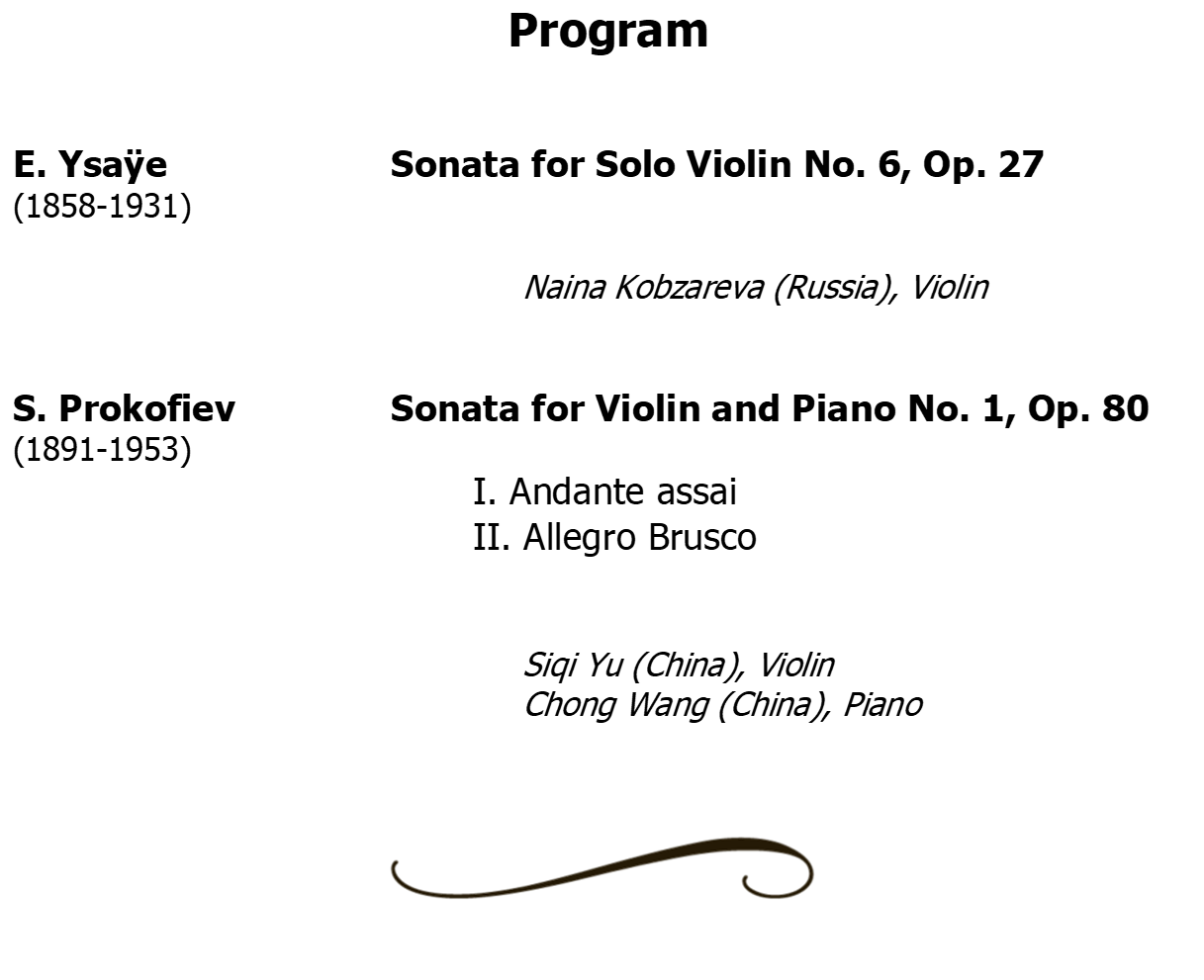 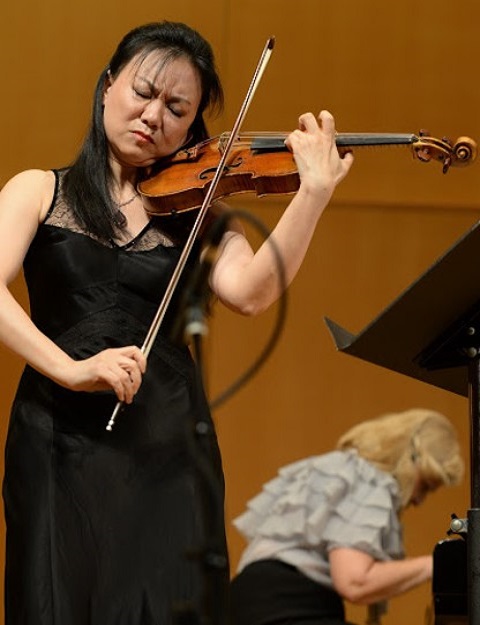 Chinese born American violinist Qian Zhou is recognized internationally as a violinist, recording artist and teacher of the first rank. She had her early training at the Shanghai Conservatory, winning first prize in the China National Competition in 1984. She completed her studies with Berl Senofsky at the Peabody Conservatory in the United States, before being also personally mentored by Piero Weiss and Isaac Stern.lIn 1987, Zhou won the First Grand prize and all five major prizes at Marguerite Long-Jacques Thibaud Competition. Her victory and the international attention it drew enabled her immediate access to the major halls and performing opportunities around the globe. For more than thirty years, Qian Zhou performs extensively throughout North America, Europe, Asia, and Africa as a soloist with orchestras such as the Baltimore Symphony, BBC Symphony, Radio de France, New Japan Philharmonic, and the Russian Philharmonic. Her performances have been quoted by the critics with comments such as: “a significant world-class artist,” her performance was an inspired force, accompanied by a technical polish, communicative capacity, and an expressive candor that was absolutely enchanting”. As the founding Head of Strings at the Yong Siew Toh Conservatory of Music, Zhou has combined her very active performance career with a passion for teaching and has now received high-level endorsements as a master teacher. Qian Zhou is also the Chair of the Artist Committee and Jury of Singapore International Violin Competition, as well as the Artistic Director of Singapore Violin Festival. She is a longtime faculty member of Keshet Eilon.l 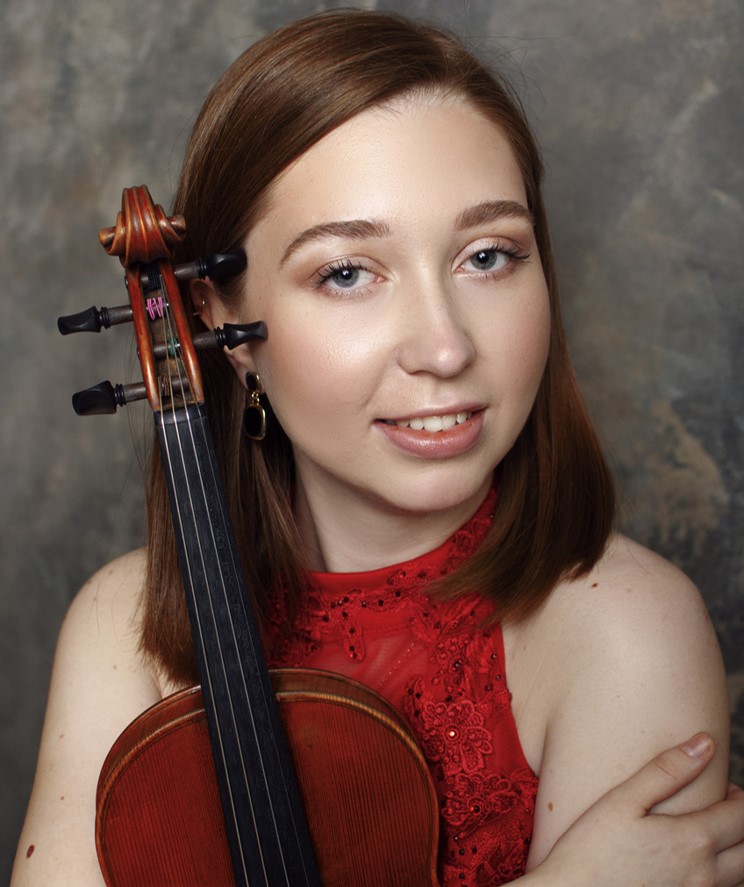 Naina Kobzareva born in Rostov on Don in 1998. She currently studies with Eduard Grach at Moscow State Conservatory.
Naina gave recitals in major venues in St. Petersburg and Moscow and in Switzerland, Austria, Bulgaria, Israel, Germany, and Denmark. Naina has won prizes in several competitions including The 8th International Tchaikovsky Competition for young musicians (3rd prize); The International Competition for violin “Kloster Schöntal” (2nd prize); The 6th International Competition for violin in Astana ( 2nd prize). She is also a semifinalist of the Paganini Competition in Genoa (2018). She has participated in the Keshet Eilon Mastercourse in 2017 and 2019; the“Musica Mundi” masterclasses in Belgium in 2014.l 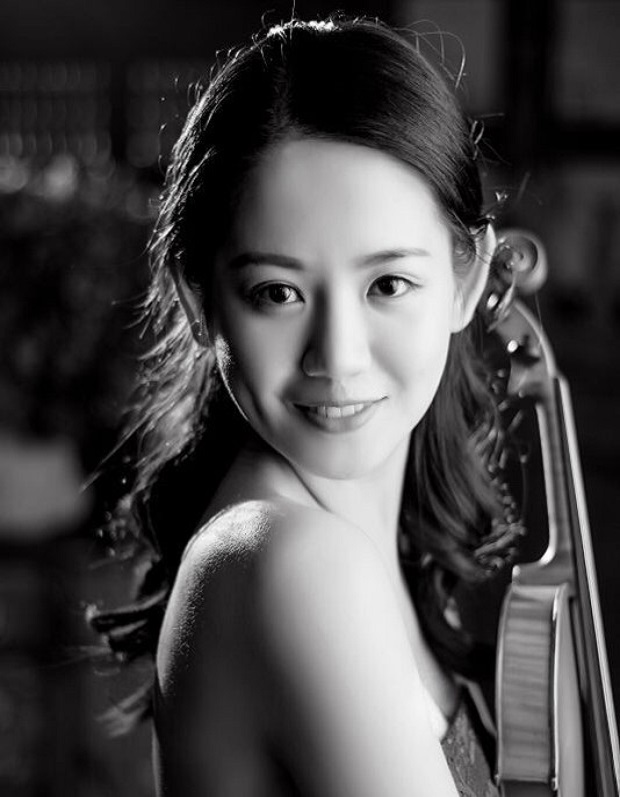 Siqi Yu began her first violin lesson at the age of five and made her debut at seven years old. In 2012, she was admitted to Qinglin Zhu´s class at the middle school affiliated to Shanghai conservatory of music. She has participated in many music festivals, such as Salzburg summer academy in Austria and Matsumoto music festival in Japan, and had masterclasses with violinist Midori Goto, Feng Ning, Kurt Sassmannshaus, Donald Weilerstein, Lewis Kaplan and also conductor Andrew Manze. She was a prizewinner of the Hongkong international violin competition in 2014. She is also a member of the Musethica program. She is currently studying with Adam Kostecki at Hochschule für Musik, Theater und Medien Hannover in Germany. She plays on a Gennaro Gagliano (1750-60), generously on loan to her from Christian Erichson Geigenbaumeister in Belgium in 2014.l