“The Cello is my First Love”

– At this year’s Keshet Eilon Summer Mastercourse we shall celebrate the 300th anniversary of the birth of Leopold Mozart and, in consequence, also focus on child prodigies. Were you yourself a child prodigy, or do you have pupils who are prodigies?

I began to play at the comparatively late age of ten, as was customary on Kibbutz Yizrael. That’s pretty much pensionable age as far as child prodigies are concerned, so no, I wasn’t a child prodigy by any means. However, because I began playing at that age, I skipped the imitation stage in my playing: I wanted to understand everything I was doing, and analyze it all. As a result, I shortened the process and in high school reached an advanced level similar to that attained by child prodigies.

Today I work mainly with students, but every now and again I teach children of the kind referred to as prodigies. Working with them is an amazing experience, because often they apprehend the music not through their consciousness, but through imitation, with the idea that comprehension will catch up with imitation at a later stage. This is a remarkable experience for me, and, of course, it involves a great deal of responsibility. This year I shall be playing a duet for cello and violin with Leia Zhu, a very young violinist indeed (12 years old, A.K.). Performing with such a talented child who, although she looks twelve, plays like an eighty-year-old, and being on stage with her on an equal footing is an experience that I am anticipating very eagerly.

– The cello’s size gives it an almost human presence. How did you come to choose to play it as a boy?

I began to play the cello because I was in love with a 14-year-old girl who was a cellist. I didn’t dare speak to her because she was older than me, so I thought that if I chose the instrument she played, we’d get married. That was my first experience of love, and it found expression in my doing what she did. In recent years we’ve been in touch a lot. She lives in London and she knows that it was because of her that I started to play.

– Some students keep coming back to the Keshet Eilon Summer Mastercourse over a number of successive years, while others will be taking part for the first time. How do you prepare for the course?

I always prepare in the same way: I don’t look at the participants’ ages, at the color of their hair or the color of their skin. In everyday life I work at Johns Hopkins University with a class of fifteen cellists from all over the world, of whom four will come to Keshet Eilon this year, and it’s a very varied group. There are musicians from Europe, America, Australia and Asia, and it’s a remarkable experience to work with them, absorb their culture and share with them the culture I come from. When all’s said and done, it’s a musical experience that deals with how to relate to music and how to play the cello, and my aim is that those who study with me should be able afterwards to embark upon their own private journey towards discovering how to be a musician.

– You wrote to me that you’re in Singapore, tell us something about what you’re doing there.

Yes, I’m in Singapore at the moment, and this is the first time in my life that I’ve travelled without my cello. My son Yonatan decided that he wanted a trip with me as his bar mitzvah present, and we’ve been spending ten days in Tokyo, Hong Kong and Singapore. Together we’re realizing a dream that, because of my crowded concert schedule, we’ve been planning ever since he was ten.

I’m looking forward to coming to Keshet Eilon. For me, because I grew up on kibbutz, coming back to a kibbutz is always a special experience. It’s an opportunity for me to experience a sense of belonging in Israel. 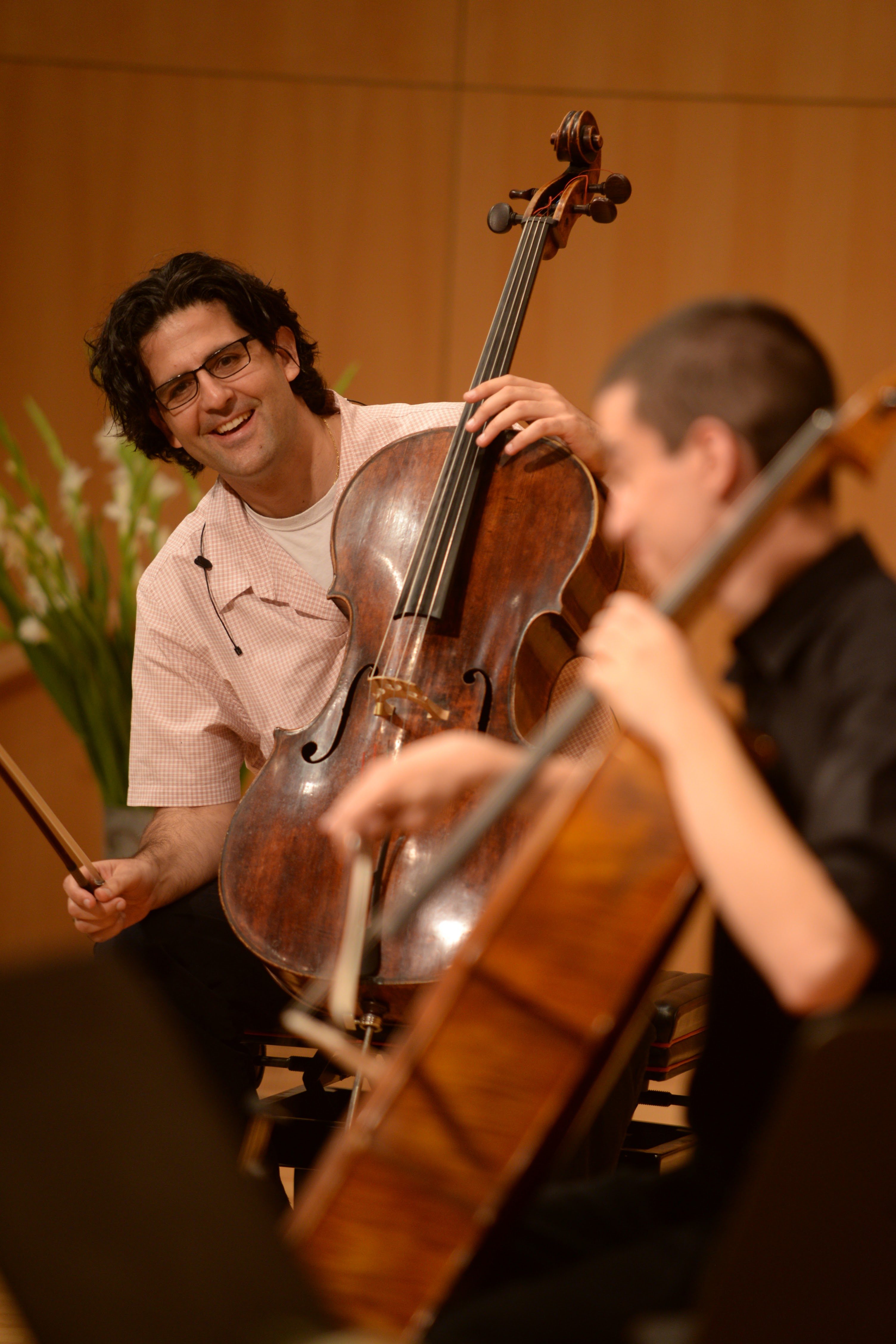 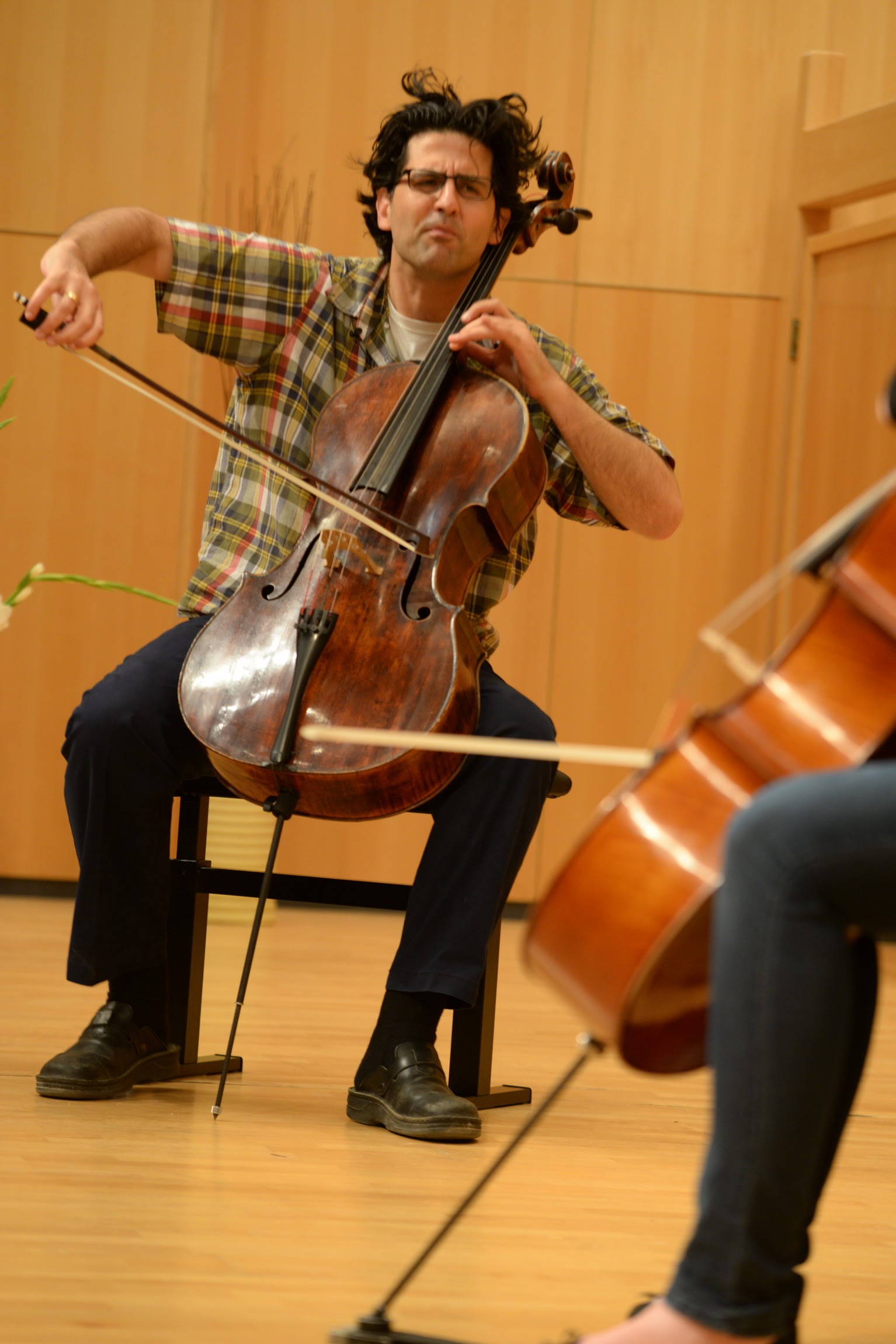