Pianist Evgenia Lakernik, born in the former USSR, graduated from the Gnesin Music Academy, Moscow, where she studied with Alexander Yoxeles and Lina Bulatova. She was an accompanist at the Gnesin Academy during 1980-95. Immigrating to Israel in 1995, she is an accompanist at the Tel Aviv Conservatory and a teacher at the Nes-Ziona Conservatory and at the Buchman-Mehta School of Music, Tel Aviv University. She took part in the 2013 New Virtuosi summer course, Italy. She is a Keshet Eilon faculty member. 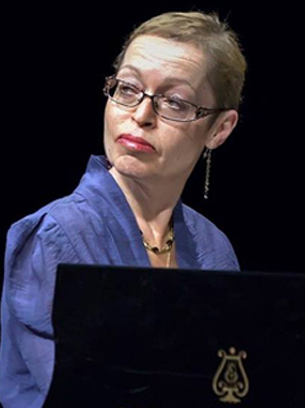