Internationally regarded pedagogue, Dr Robin Wilson is Head of Violin at the Australian National Academy of Music in Melbourne, the Sydney Conservatorium of Music, and the Valdres Festival in Norway. His students are the winners of many national and international competitions, including the Yehudi Menuhin International Violin Competition. In 2018 he was honoured with a National Award from the Australian String Teachers Association for outstanding services to string teaching in Australia. Robin has performed widely throughout Australasia, the USA and the UK. Solo and chamber recordings appear on Decca, ABC Classics, Ode, Vexations840 and VDE-Gallo. He is a member of the acclaimed ensemble Ironwood and the Australian Octet, is former leader of the ARCO Chamber Orchestra and has appeared as guest violinist with many leading Australian ensembles. Robin’s research was awarded the prestigious 2014 Geiringer Prize from the American Brahms Society. He has presented lectures at leading universities throughout the USA and the UK and given masterclasses throughout Australasia, Singapore, the UK and the USA. He studied with Alice Waten and Janet Davies in Sydney and at the New England Conservatory of Music, USA. He plays a violin by the Gagliano family, made in Naples in 1784. 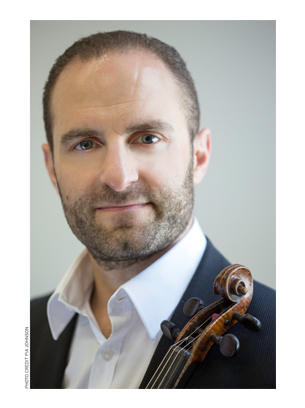